BEES BUZZING AROUND YOUR DALLAS HOME OR BUSINESS? WE CAN HELP

BEES BUZZING AROUND YOUR AUSTIN HOME OR BUSINESS? WE CAN HELP

The population of bees in Austin, Texas, although beneficial for the ecosystem, can cause quite a scare to the residents of the city if found nesting or swarming on their properties. Deciding whether or not you are dealing with a group of dangerous or harmless bees is something that should only be done one of our well-trained Bee Specialists

Without the proper knowledge about all types of bees in the area and their behavior behaviors, people often mistake bees for wasps, and choose to remove them with the help of a so called “wasp-spray”, that can be found in stores—these sprays have little to no effect on the insects. Moreover, this operation is dangerous as you can get severely stung by bees. Instead of suffering from stings and headaches, contact Omega Animal Removal to deal with your Austin, Texas bee removal and bee control needs.

Honeybees can be found all over North America, and from pollenating flowers to making honey, we’re grateful for all the hard work they do in maintaining our ecosystem. But not all bees are as harmless as the honeybee, and it’s difficult to distinguish between species to the untrained eye. And bees can cause damages amounting into the thousands of dollars, and getting stung raises health concerns to those who are allergic—it’s easy to see why people would want them off their properties.

Determining the type of bees is our top priority. It’s crucial information that will help us form a comprehensive removal and control strategy. The common European honeybees are usually not dangerous, but other types of bees, such as the Africanized honey bee, are dangerous and should be left alone. If you happen to encounter a beehive or colony on your property, call Omega Animal Removal and we will send one of our Bee Specialists to identify the colony. Then after our assessment, we’ll formulate and execute a personalized bee removal and population control plan.

The level of danger that accompanies the presence of a bee colony on your Austin, Texas property is determined by a few factors including the type of the bees and the nature of the group–it can be either a colony or just a bee swarm. The Africanized honeybees are one of the most dangerous types of bees to both humans and animals. These bees are aggressive and have a defense strategy that allows them to attack in higher numbers and follow their attack target for longer distances than any other species of bees. And even though their venom is similar to the venom of a domesticated bee, the fact that they are so relentless when it comes to their attack makes them great threats that should not be disturbed in any way.

Since Africanized honey bees are so dangerous, and have a reputation for attacking human, pets, and even other types of bees, always proceed with care around them. Contact Omega Animal Removal and we will send one of our trained Bee Specialists to advise you on your Austin, Texas bee removal and control problem.

SIGNS OF A BEE INFESTATION

Call Omega Animal Removal directly if bees start overrunning your life. Here’s what you might notice.

Bee swarming is a behavior bees exhibit when their colonies are thriving or when colonies are occupied by a large population of bees. In the weaker colonies, swarming is not as common, due to various factors, such as the fall or illness of the queen, or the lack of food. Until the bees in weak colonies gather strength, they will not swarm.

The bee swarming process can be triggered by the overcrowding of a colony or by weather factors. It is performed by a number a worker bees, along with the queen. This group of bees leaves the current colony in the search for a new location, and they tend to gather on resting sites such as trees. During this time, a few bee scouts go to look for the best possible location for the growing of their new colony. Usually, the new location will be inside a cavity formation, such as a log or something similar. Once a suitable location is found, bees start to nest and create the new colony.

Even though European honeybees are the ones most frequently swarming and do not create serious threats for the human population residing in those areas, their presence can give you quite a scare. Don’t attempt to conduct a bee swarm removal operation on your own. Get professional assistance from Omega Animal Removal.

It is not sufficient to spot the bees and spray them with a bee removal product. You must get rid of the entire hive, along with the honeycomb, for the process to be effective. Only bee specialists should conduct such an operation, because they possess the proper knowledge about the bees’ behavior, and have the right tools and products to achieve a fast and effective bee and honeycomb removal.

When a colony of bees takes residence inside your home or on your property, it will construct a hive and honeycomb, that, when left behind, can attract a number of new bees. If the beehive and honeycomb are not efficiently removed, and the areas are not decontaminated, there is a great chance that you will be invaded by new groups of bees.

The removal of the honeycomb and hive, along with the bee control process, must only be conducted by wildlife removal professionals, which are trained to deal with bees, and have all the proper equipment to avoid getting hurt by the insects. When an Omega Animal Removal bee specialist conducts a full honeycomb removal on your property, it will most likely perform the following actions: tearing down decks, soffits, walls, and any other structure that has been inhabited by bees. Don’t worry though, we’ll put it back together better than we found it.

Regardless of the types of bees that are troubling your life and causing damage on your property, and even if you have sprays or other products that claim to help, don’t remove them on your own. Contact Omega Animal Removal in Austin, Texas instead, and one of our Bee Specialists will come to your home or workplace, analyze the situation, and start the bee removal and control process. 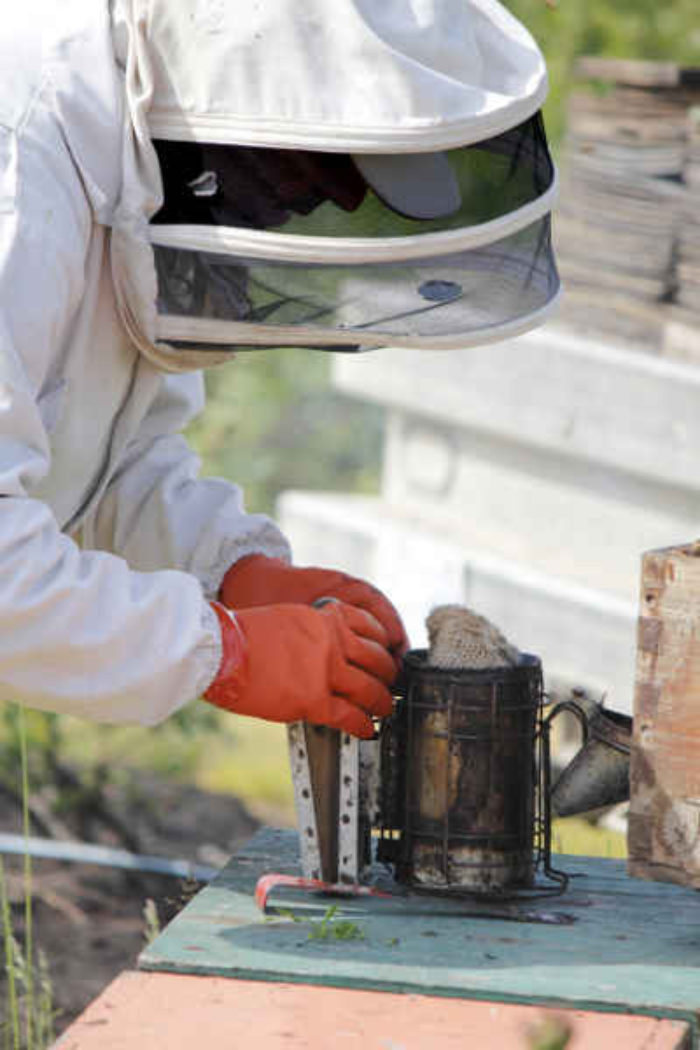 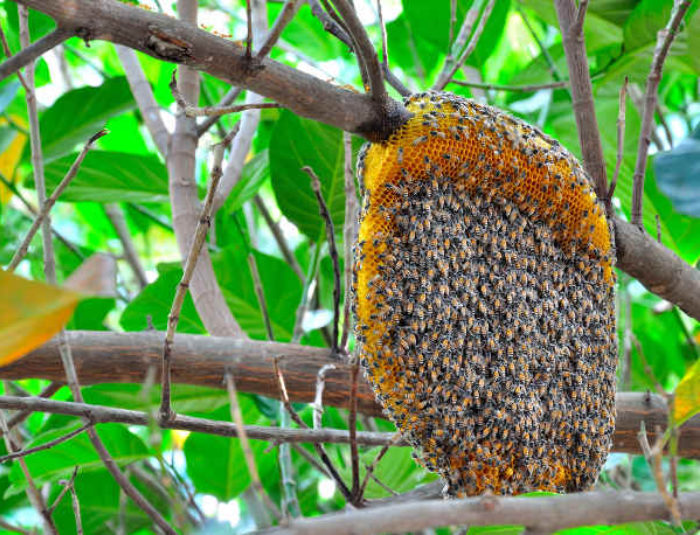 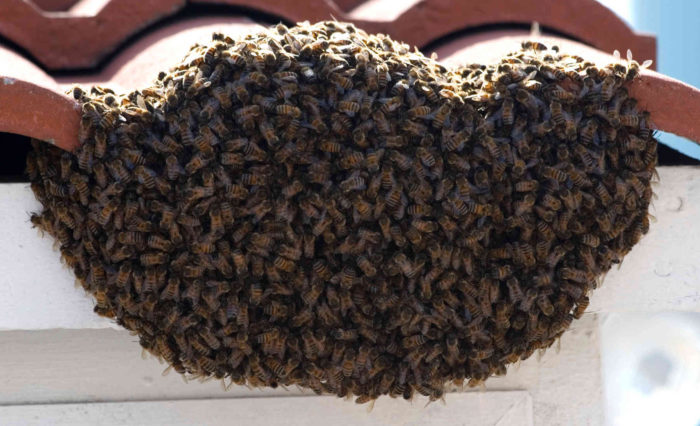 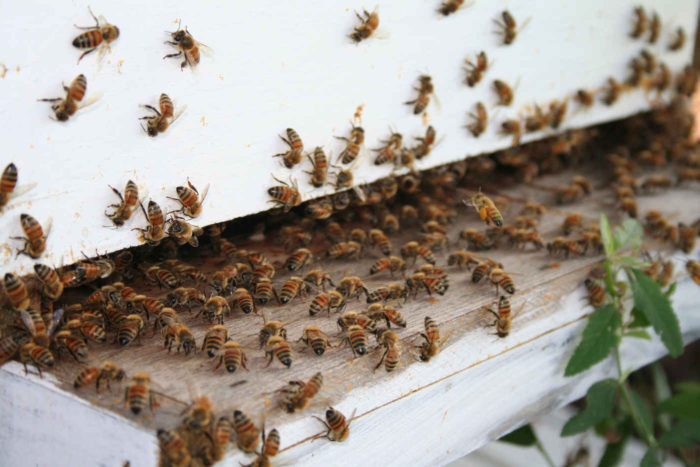 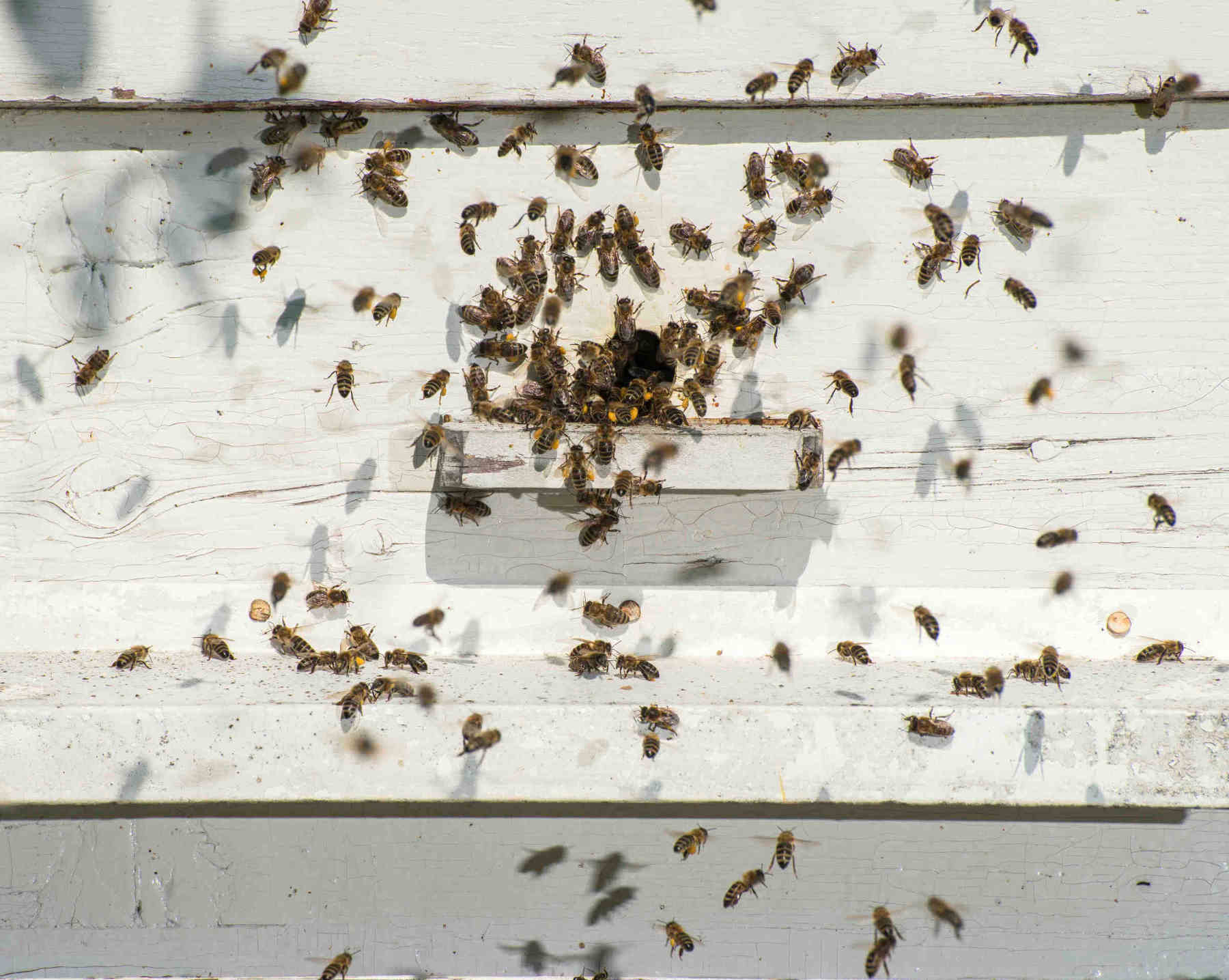 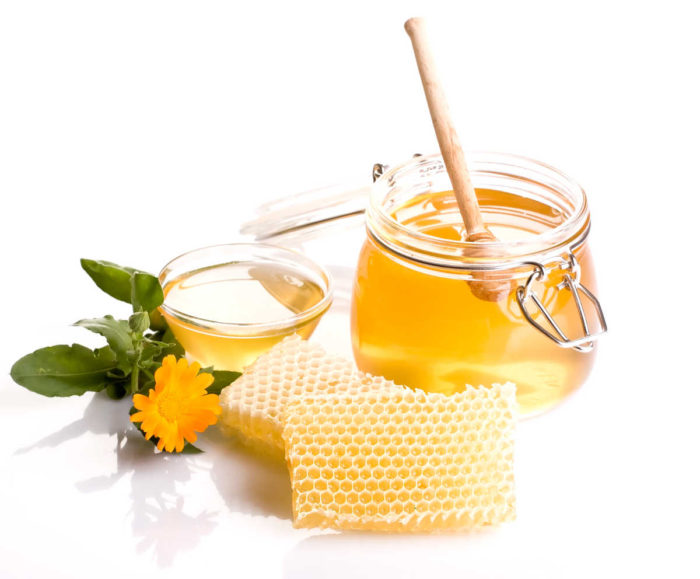 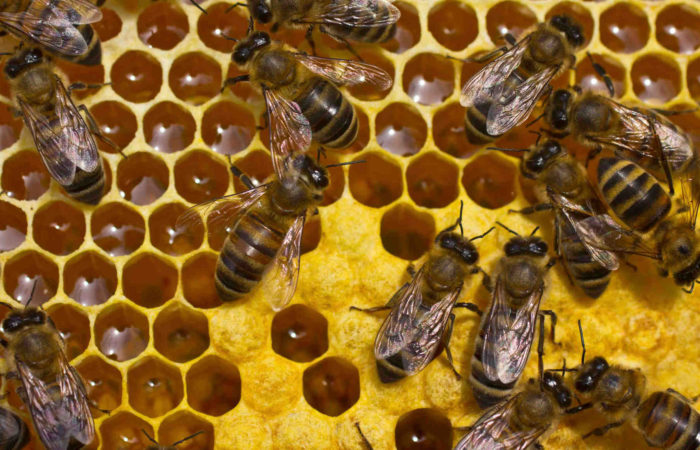 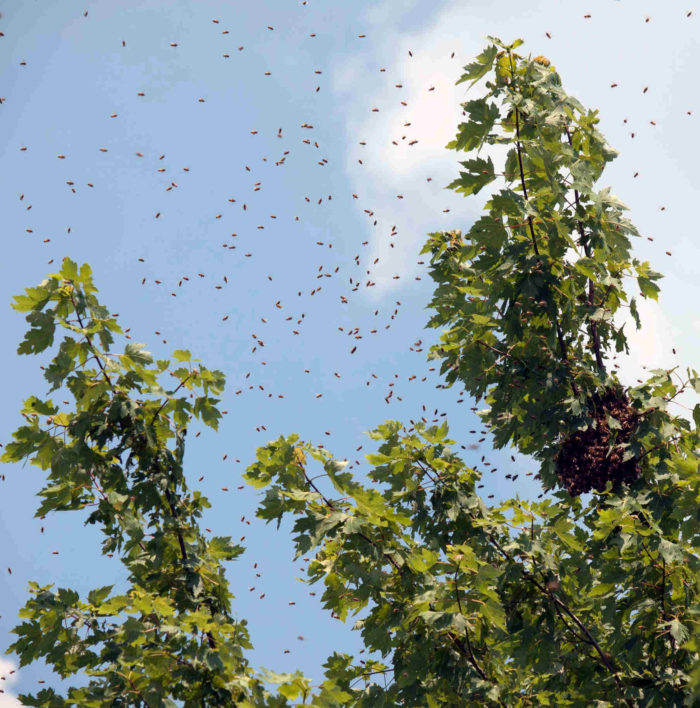